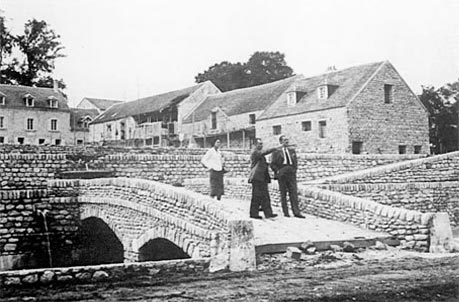 The Golf de Saint-Nom-la-Bretèche was born of the will of one man. In 1954, a farm in a small village, a,hillside between the plateau of the forest of Marly and the plain of Versailles, was for sale. Daniel FEAU was to become the owner and realise the project of a lifetime: to build a golf course. At the time is a little known sport in France. To realize this revolutionary project, he surrounded himself with 14 builders. Jacques de Bernard for the logistics, Pauls Bouquin for the land acquisitions, Russel Page for the realisation of the overall landscape architecture, and Frederick William Hawtree the golf course architecture. Five years were needed to complete the transformation of the farm and the agricultural land into a golf club. In the courtyard of honor spread the putting green, a little below the chipping green took the place of the old chicken coop. The stables became the the installations of the caddymaster. The stones rejoined with care, restored the beauty of the walls and buildings. In march 1959 the Bleu Course was inagurated. The Rouge followed one year later. In 2000 the five hole training course was inaugurated: The White Course. Saint-Nom-la-Bretèche, more than a golf course, has become a veritable landscaped park of exception protected by it's place on the plain of the Chateau of Versailles.

For the tenth time the Canada Cup was played on a very young golf course, the Golf de Saint-Nom-la-Bretèche. A risky bet for the World Professional Team Championships. France was a small country in the golf world. Even so, this event was a fundamental part of their plans. First, large crowds were anticipated, and the idea of the Lancôme Trophy became possible. In addition, the golf course was at a high standard, and the maintenance would make a considerable leap forward because of the event, that will benefit the members, rightly proud to receive the best golfers in the world. Finally, "St Nom" earns it noble name to the public at large and golfers. It was Jack Nicklaus and Arnold Palmer who won the first of their 4 titles together in this tournament. The party afterward was equally prestigious by a diner that brought together the 32 ambassadors of the participating countries and other important personalities like Richard Nixon, the future president of the United States. 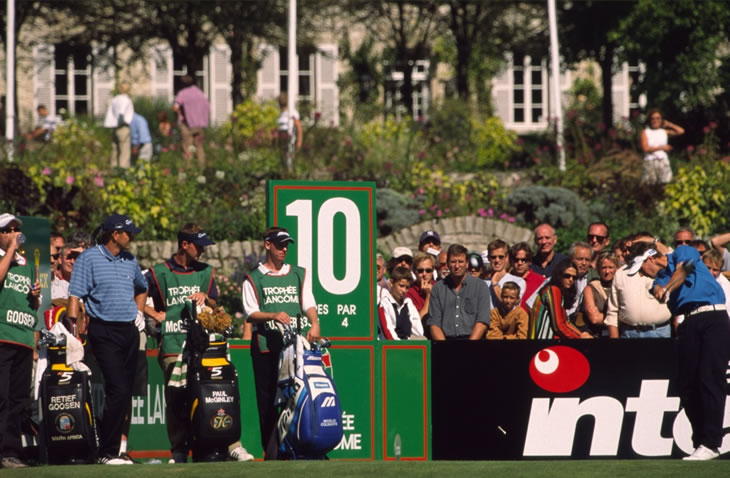